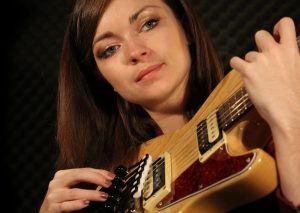 The Hammer Jammer is a patented key-hammering attachment for 6-string guitars, invented by Ken McCaw.  The Hammer Jammer enables guitarists to play with extreme speed and precision, and provides innovative techniques.  Original invented in the 1980’s, the Hammer Jammer came to public prominence in 2011 when a piece written by McCaw and featuring the Hammer Jammer was used for the movie trailer to promote “Stones of Destiny” in Europe.  McCaw then produced a YouTube video demonstrating some of the various techniques possible with the Hammer Jammer.  This YouTube went viral in January 2014 and continues to receive up to 3,000 views each day.  The video has exceeded 3mil views.  The Hammer Jammer has now been sold in over 60 countries.   A version for bass guitar is in development and scheduled for release late 2019.